Purchased by the Etter family in 1987, Belmont House Stud in County Offaly, Ireland, is the breeding establishment of the Etter Spotpferde AG. Since 1992 Andrea Etter, the eldest daughter of Gerhard and Hedi Etter, has managed and developed the stud to become one of the most respected in Ireland. Andrea has successfully bred and produced many top-quality and high achieving sport horses and continually strives to breed and produce future champions. 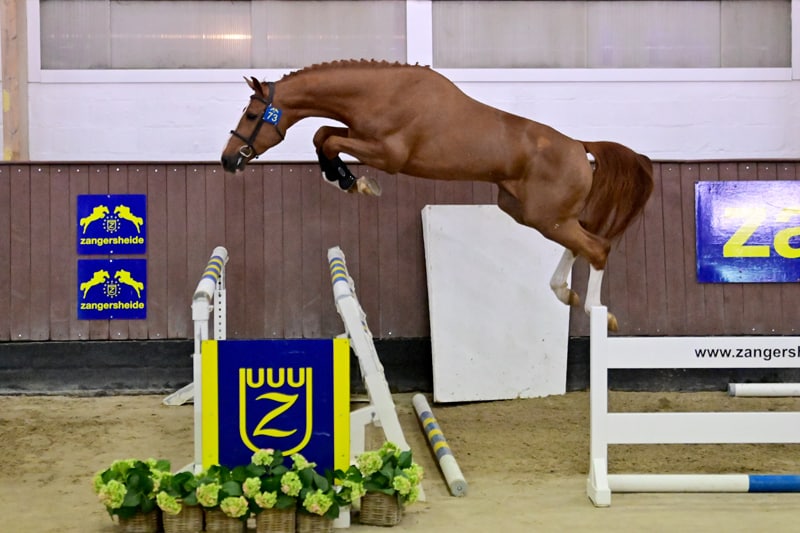 We operate a performance-oriented breeding program for both showjumping and eventing. Our emphasis is on breeding healthy horses with good temperament. Our youngstock are raised in mixed herds in a very natural setting, benefiting from the optimal conditions in Ireland. The young horses are kept in large groups year-round which ideally supports their social and physical development. High-performance mares are mated with carefully selected stallions that carry top-class bloodlines. We currently have four proven sires standing at stud: Livello, homebred Mr Quincy B, Stetter and Qui Vive des Songes Z. An additional selection of high performance stallions is available by frozen semen. We breed horses for international professional sport and amateur horses with the world-renowned reliability of the Irish horse. All horses bred and or produced in Belmont carry a B behind their name.

Here we would like to show you a small collection of our current horses for sale. However, if your dream horse is not among them, then please contact Andrea Etter directly and she will be more than happy to help you find your future Irish Sport Horse.

We use cookies on our website to give you the most relevant experience by remembering your preferences and repeat visits. By clicking “Accept”, you consent to the use of ALL the cookies.
Cookie settingsACCEPT
Manage consent

This website uses cookies to improve your experience while you navigate through the website. Out of these, the cookies that are categorized as necessary are stored on your browser as they are essential for the working of basic functionalities of the website. We also use third-party cookies that help us analyze and understand how you use this website. These cookies will be stored in your browser only with your consent. You also have the option to opt-out of these cookies. But opting out of some of these cookies may affect your browsing experience.
Necessary Always Enabled
Necessary cookies are absolutely essential for the website to function properly. These cookies ensure basic functionalities and security features of the website, anonymously.
Functional
Functional cookies help to perform certain functionalities like sharing the content of the website on social media platforms, collect feedbacks, and other third-party features.
Performance
Performance cookies are used to understand and analyze the key performance indexes of the website which helps in delivering a better user experience for the visitors.
Analytics
Analytical cookies are used to understand how visitors interact with the website. These cookies help provide information on metrics the number of visitors, bounce rate, traffic source, etc.
Advertisement
Advertisement cookies are used to provide visitors with relevant ads and marketing campaigns. These cookies track visitors across websites and collect information to provide customized ads.
Others
Other uncategorized cookies are those that are being analyzed and have not been classified into a category as yet.
SAVE & ACCEPT